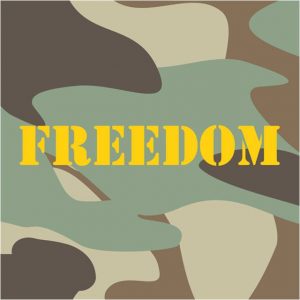 I don’t like to talk a lot about politics. I’m one of those people who doesn’t really enjoy debate mainly because I like to think about things before giving an opinion. And by the time I figure out what I think, the debate has been over for two weeks. So if you’re forming a debate team, put me on research, not on the front lines.

However, one thing I don’t have to think about is my belief in freedom. I don’t care who you are, what your race is, what religion you practice, what life experiences you’ve had, or what color underwear you’re wearing, everyone yearns for freedom. Not everyone is as thrilled with the risks and responsibilites that come with it though.

But maximum freedom is my goal, and that is why I’ve come to love being an indie author. In the traditional publishing world, they take on such tasks as providing a story editor, proofer, artist, and designer, and they take on the financial risk of publishing your book. In return, you voluntarily give up some of your freedom by agreeing to make the changes they suggest and to using their cover art and marketing plan. Is that a bad thing? Not necessarily.

However, with the advent of ebooks and POD technology, writers can maximize their creative freedoms by agreeing to take on the responsibilities of a traditional publisher. You can write the exact story you want, and then you risk it all by making it available to the public. If other free individuals smell where you’re steppin’, then they’ll buy it. They’ll tell their friends about it.

I quickly realized how much I cherish my freedom to write as I choose, to select my cover art, to market as I see fit, and to be true to myself in the process. If I had taken the traditional publisher’s advice, Charlotte Collins’s story–the one I wanted to tell–would not have been told. If I had listened to them, I would have ended up writing something about which I had no passion, and it would not have been nearly as fun or rewarding. I would not have been as free to try to write in multiple genres, which I fully intend to do.

Aside: Just realized this should be a Fraud Friday post. Oops. On that score, I started writing “Cancellation Notice,” a short story that introduces the heroine in Absolute Liability. I hope to release it free in the next few weeks.

Back at the ranch: I am so happy to have the chance to be an indie author, and I hope that others out there will take hold of their freedoms and follow their dreams too.

It’s not that I don’t suffer, it’s that I know the unimportance of suffering, I know that pain is to be fought and thrown aside, not to be accepted as part of one’s soul and as a permanent scar across one’s view of existence.