Home » Blog » About that Publishing Contract 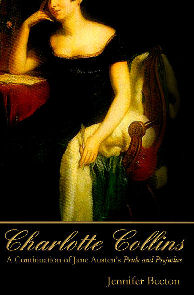 When I began my foray into self-publishing, I did so with one intention: to strike a deal with a publisher. I had been invited to resubmit my manuscript of Charlotte Collins for consideration after proving that it was marketable by selling 1,000 copies. Read about it from the beginning here.

I read up on self-publishing. I created a platform, and I made loads of wonderful new friends in the Austen community. And an amazing thing happened: the “unsellable” book started to sell.

And even more miraculous, I discovered how much I love being independent. I love being in control of my book, the pricing, the cover, and the marketing. I had always believed that I was no different than other Austen fans and that they would want to read the same things I did. And I wanted to have a Jane Austen experience. I wanted the same feel of Pride and Prejudice in the sequels I read. That is what I attempted, and despite the publishers’ words to the contrary, it was gratifying to see that I was not so dissimilar from other Austen fans.

I also started to love being a part of the revolution in publishing that is happening right now. It is an exciting time to be in this industry. I can read the writing on the wall: traditional publishers are in trouble. They continue to cling to an outdated business model in a rapidly changing climate. I knew that the mid list was shrinking and so were advances. In addition, I saw the amazing success of other independent publishers, and I was starting to see those same things happening for me. It was beyond incredible. Individuals, whose books had been rejected by publishers for similar reasons–good but not right for this market, etc–had taken a risk and published themselves. And they were selling hundreds and, in some cases, thousands of these worthy, but supposedly unsellable, books. I was proud to be counted among those enterprising people.

Still, after selling my requisite 1,000 copies in 4 months and 2 days, I resubmitted the manuscript of Charlotte Collins. I was no longer desperate for a contract. In fact, I had my doubts about the wisdom of signing away my rights, but I sent it in anyway. After all, it had been my dream for so long.

In the meantime, Charlotte Collins sold 841 copies in January alone, and it will break 2,000 total sales by the middle of this week. February is also on pace to match January. And I am incredibly grateful to everyone who has made these insane numbers happen. It is still humbling every time I see another copy go out. You, my readers (holy cow, I have readers!), have made this dream possible. I may say that “I” sold this book, but the truth is, YOU were the ones who made it happen. I cannot thank you enough.

So, whatever happened to that publishing deal?

Today, Charlotte Collins was rejected for the final time.

They would not be able to sell enough to meet their benchmarks!

I kid you not.

So, what does this mean for me? Honestly, it reinforces many of the new opinions regarding publishing that I had formed during my indie journey. The climate is changing, bookstores are going under, and returns are skyrocketing, and publishers are unwilling to take a risk, even on a book that has clearly proven itself.

What does this mean for you other writers? Well, you’ll have to decide for yourselves.

I tell you all this in the spirit of openness and honesty with which I started this blog. I failed to get a publishing contract.

I announce that loud and proud: I failed.

But you know what? I also succeeded in ways I never imagined possible. I saw my dream come true. I even got a few fan letters. It’s been incredible, and I thank you all for your support.

So congratulate me. Today, I announce my intentions not to continue to seek a traditional publisher. Instead, I will continue to write (hopefully) good books. I will have them professionally edited, formatted, and designed. I will sell them at good prices, and I will try to help other aspiring writers make their dreams come true.

Again, I thank you all for making Charlotte Collins the success that it is.

15 thoughts on “About that Publishing Contract”

You smell where I’m stepping?