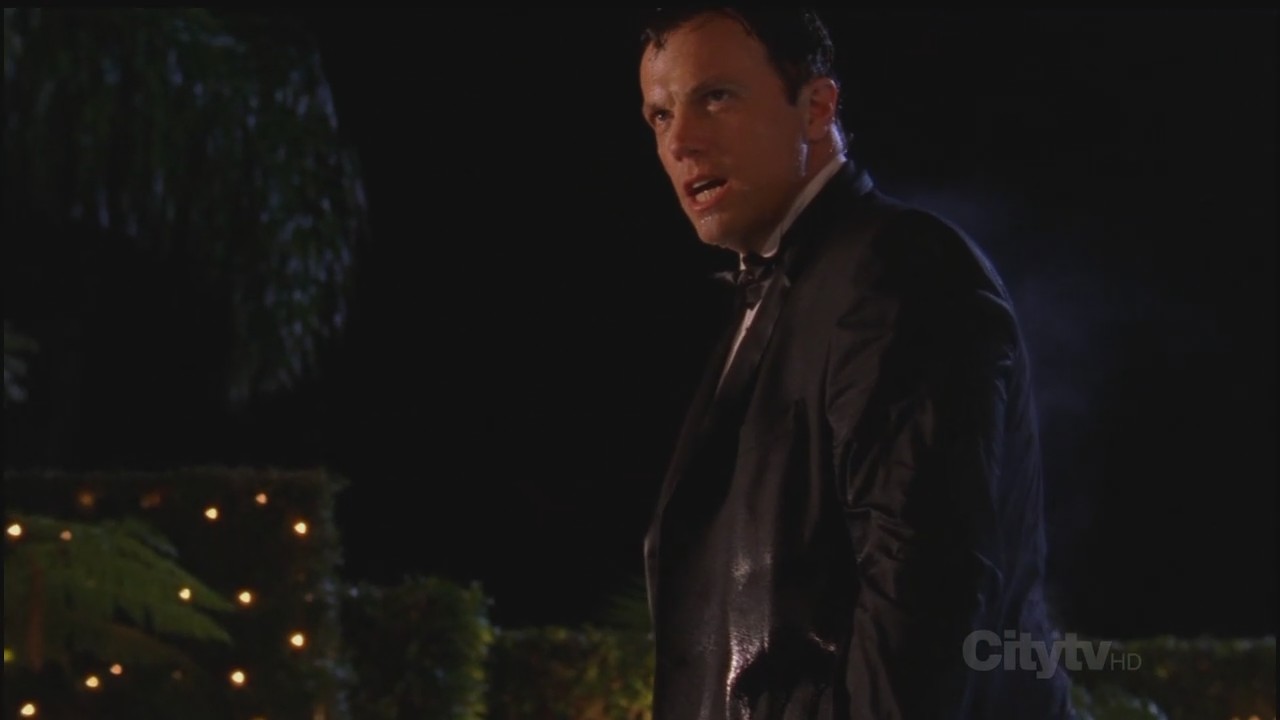 A few weeks ago, I posted my opinion about Mr. Darcy’s pond scene in the 1995 version of Pride and Prejudice. Spoiler alert: I really don’t like it.

It does not follow that I dislike all randomly inserted water-related scenes. For example, I highly approve of the following scene from Chuck.

In case you are unfamiliar with Chuck, it’s a spy dramedy. The premise of the show is that average guy/computer nerd Chuck (Zachary Levi) accidentally downloads government secrets into his brain. Now he’s involved in international espionage (all suspiciously centered around Burbank, CA) with NSA agent Casey (Adam Baldwin) and CIA operative Sarah (Yvonne Strahovski).

Though this scene is played for comic effect and there is absolutely no reason that Chuck and Casey are suddenly dressed in formal wear, I still like it better than the one in P&P. Plus, the stunt is pretty dang cool.

A bad book is as much of a labor to write as a good one, it comes as sincerely from the author’s soul.

— Aldous Huxley
We use cookies to ensure that we give you the best experience on our website. If you continue to use this site, we will assume that you are happy with it.OkPrivacy Policy