Before we get started, I should let you all know that I don’t generally love the horror genre. I don’t see many traditional horror movies (Jason, Freddy, etc.) or read Stephen King, so don’t expect to see much of that here. I like my Halloween entertainment to include suspense, humor, and just a little horror. 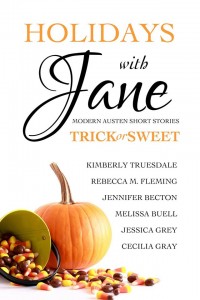 Back in the day, I wasn’t into the fantasy genre at all. Well, those days are over. These three TV shows are now in my Top 10 Favorite TV Shows, and they are all fantasy with a hint or horror.

While these shows aren’t exactly in the fantasy or horror genres, they have some fun Halloween-themed episodes.

: The employees of Dunder Mifflin dress up every year. Watch them for the costumes.

A man on a horse is spiritually, as well as physically, bigger then a man on foot.

— John Steinbeck
We use cookies to ensure that we give you the best experience on our website. If you continue to use this site, we will assume that you are happy with it.OkPrivacy Policy