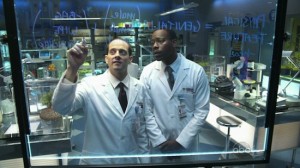 I made a mistake, and I’d like to rectify that. In my Indie Jane post from June 2012, I discussed the influence of price on rank at Amazon. My mistake? I mashed together the popularity list and the bestsellers list. Thanks to this blog post by Phoenix Sullivan, the matter is now clearer. Read it.

Despite my confusion, price still affects visibility at Amazon in a way that it had not previously done. That much, I was right about.

But here are is the main point:

The popularity list is the only one weighted in favor of a higher price, not the bestsellers list.

To restate, the bestsellers list is NOT weighted in favor of higher priced books.

So as with most things in life, the important thing is for authors to find the balance between price, sales, the bestsellers list, and the popularity list.

My instinct tells me to keep an eye on the algorithm and its changes, but to focus on price and number of sales in order to maximize both profit and visibility. Finding the highest price that gains the most sales–the top of the sales curve–should put your book at its best possible place on both the bestsellers list and the popularity list to gain maximum visibility.

Almost every man wastes part of his life attempting to display qualities which he does not possess.