Something Else I’ll Never Be 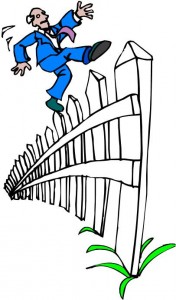 When I was still considering the traditional publishing route, I felt a bit like I was walking a fence line. I felt like I needed to be guarded in expressing my opinions on certain topics within the publishing field if for no other reason than because I wanted to keep some cards close to the vest for negotiations. Also, I did not want to endanger my potential contract by saying something that might offend the publisher.

Well, I don’t have to worry about that anymore.

When I first started pursuing the publication of Charlotte Collins, I viewed it as dream-fulfillment, a side-venture I could undertake. I didn’t think much about earning potential. I thought it would just be fun.

It was fun, but it was also a lot of work. There were days when I was at this computer for eighteen hours working on the manuscript, marketing, blogging, or building a website. So I’m not going to lie; when I started earning a bit of money, I was over the moon.

Then, I started wondering why I couldn’t do this as a full-time job one day. I wondered if such a thing were even possible. I knew enough of the publishing industry to be aware that few traditionally published authors are able to quit their day jobs, but I was reading about lots of indie authors who were making it happen. I loved what I was doing, and what is it they say? Do something you love and you never work a day in your life. Well, I wanted that!

Being a research fiend, I started trying to find information about the earnings of traditionally published authors. Not Janet Evanovich or James Patterson. I wanted to know what the mid-list authors earned.

Well, they ain’t telling. The only place I found actual data was on J. A. Konrath’s blog, and he’s an oddity in the industry. In general, book earnings are a closely guarded secret, but I also found one New York Times Bestselling author, Lynn Viehl, who candidly shared her numbers. And holy cow, was I in shock. Read it yourself and here’s part two. That particular author netted less than $25,000. For one year. A NYT Bestselling author! Here’s a summation in her own words:

I know how important writer dreams are — sometimes they’re the only thing that keep us going — but I think they also have to be tempered by facing reality. To me, sharing an uncomfortable truth is better than perpetuating a myth. I know Publishing will never rise up to meet our expectations, but fiction belongs on the page, not in what we tell each other. Otherwise we risk becoming characters uttering lines of dialogue instead of working writers helping each other make good decisions.

Now, how do I wrap this up?

I could talk about the earning percentages of traditional versus self-published authors.

I could talk about the vast amount of Lynn’s sales dollars that were absorbed by the publisher.

I could point out that her profits reflect the sale of more than 60,000 books and that a self-pubbed author with an ebook priced at $2.99 could earn the same amount by selling 12,500 books.

But I find I don’t really have anything further to say except this:  If you are an author, the most important thing you can do is to research the realities of the publishing world before you make any decisions about your book’s future.

3 thoughts on “On Being a New York Times Bestseller”

Facts are such horrid things!