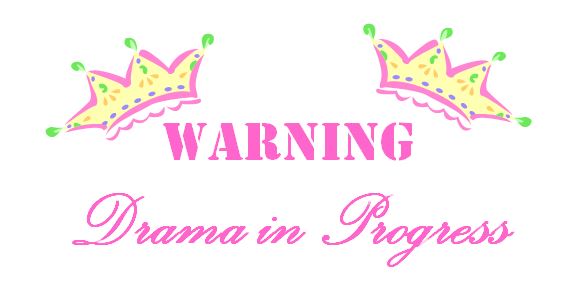 Has anyone else reached saturation point on the Amazon/Hachette Drama?

I do not deny that the Amazon/Hachette standoff is important and ought to be followed, but the issue has devolved into teenage drama. The mean girls have passed the point of logic and are just being nasty for nastiness’s sake. They’re even forcing the whole school–I mean the publishing industry–to take sides. Popular Girl A (Hachette) has their petition and letter writing campaign, and Popular Girl B (Amazon) has theirs. It’s like middle school all over again. Whose panties am I supposed to freeze?

And just like middle school, those of us in the center of the fight have limited information about what’s actually going on. Hachette seems to be saying that $14.99 is the sweet spot for ebook pricing, and they seem to have data that opposes what Amazon has published. Why aren’t they sharing this data? It should all come down to numbers. It shouldn’t be this hard.

What is going on in the background that we’re not seeing?

Here’s where it becomes tricky. If it is true that Amazon likes to make money and if their data is correct ($9.99 earns more money for everyone than $14.99), then why is Hachette resisting? Ebook prices would be lower, but everyone–the publisher, the seller, and the author–would make more money overall. If that’s not true, then Hachette should refute it by publishing its data.

But if Amazon is right and Hachette is resisting, then there is another factor at play. The issue is not ebook profits and pricing at all. If it’s not about ebook profits, then what is it about?

JA Konrath has several posts on his theory regarding legacy publishing’s desire to hold on to the paper book market. It’s a plausible theory.

Or is Hachette pissed off about the whole collusion thing and trying to stick it to Amazon? Also plausible.

But here’s the thing. I’m not hanging out in publishers’ boardrooms. I also do not possess Sookie Stackhouse’s ability to read minds. I cannot know for certain what someone else is thinking. I can guess based on (limited) information, but it’s still a guess.

And yet the Authors Guild, Hachette, and Amazon are all asking me (authors) to choose a side and lobby for it. Obviously, everyone has their own opinion about what’s going on. I do. But if a guild, publisher, or company calls on people to jump on the chick fight bandwagon, how about giving them the actual facts instead of pushing the drama?

How about you gals just handle this business dispute, and leave me out of it, K?

I, not events, have the power to make me happy or unhappy today. I can choose which it shall be. Yesterday is dead, tomorrow hasn’t arrived yet. I have just one day, today, and I’m going to be happy in it.

— Groucho Marx
We use cookies to ensure that we give you the best experience on our website. If you continue to use this site, we will assume that you are happy with it.OkPrivacy Policy