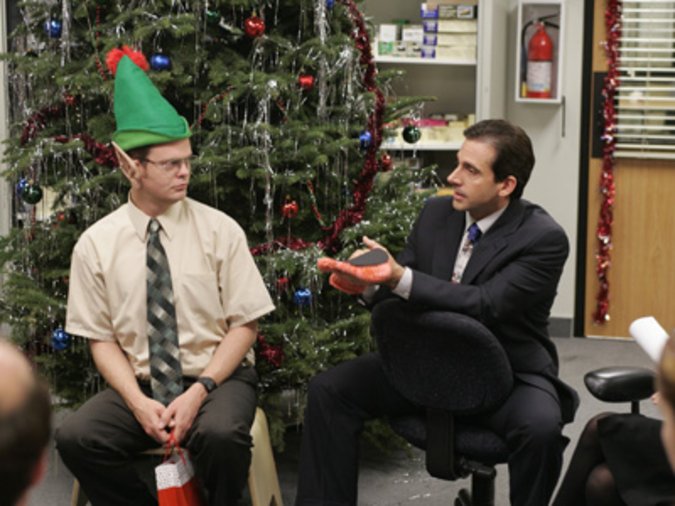 In case you didn’t know, a bromance is a close, non-sexual friendship between two men. Basically, it’s the equivalent of “besties” but butched up, sort of.

Dwight and Michael’s bromance starts out totally one-sided. Dwight is a constant brownnoser who will do almost anything for Michael, but Michael has eyes for Ryan and Jim. Mainly, Ryan. But as The Office progresses, their friendship deepens.They weren’t without their conflicts, but hey, the course of true love never did run smooth.

Dwight genuinely loves Michael, but their relationship was not without fights:

But they always hug it out:

During the series finale, the depth of Michael and Dwight’s bromance becomes clear. It’s not a one-sided friendship. Dwight’s love is requited:

Writers of one gender often have trouble portraying characters of the opposite sex and their friendships.

It Is Valentines Day.

One thought on “FWAP Bromances: Dwight and Michael”

Animals are merely the forms of our virtues and vices, wandering before our eyes, the visible phantoms of our souls. God shows them to us to make us reflect.