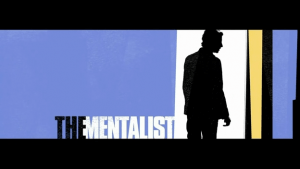 If you have not seen last night’s episode of The Mentalist, stop reading now. Spoilers ahead.

If there’s one plot device that drives me crazy, it’s the investigator who goes into the seedy biker bar alone at 2 AM to confront the dangerous suspect. Of course, we all know what happens. She gets into big trouble, and her life is likely threatened. Shocker.

I understand why writers do this. They need to isolate this character while simultaneously making her look braver than any normal human. Unfortunately, the former is accomplished, while often the latter is not. Instead of coming across brave, she looks like a great fool.

Let’s review what Lisbon did last night at the end of The Mentalist. After having a discussion with Jane about how she knew Red John could use their tracking devices against them as a trap, Lisbon gets a mysterious call specifically directed to her team. She is alone, of course, and sees that the distress call coincides with the location of one of the suspects she is tracking. Bravely, she goes forth, but not before calling in the local PD for backup.

Good girl. At least the writers had her try to get backup.

After all, she knows Red John is involved, AND she knows that there’s an equal chance that he is killing someone and/or that it’s a plot to get her.

But when the local PD isn’t going to show, what does she do? Does she call someone trusted in the CBI for backup? Call the sheriff’s department? Insist on PD backup? Does she at least call Jane and tell him what’s up? Nope. She hears a noise and goes in the house with her gun drawn. We’re supposed to see her as brave for going in to try to save the life (of somebody who may not exist based on a mysterious anonymous tip related to serial killer Red John whom she knows is devious, has an inside track into the CBI, and is set to kill again).

Unfortunately, it makes me some lose respect for her as a competent police officer.

There are ways to isolate characters without making them look like idiots, and there are ways to change up this device to make it unique. Neither happened last night, which made me a little sad. I’ve always enjoyed the writing on that show. (I mean, I love Jane, and he’s not exactly a likeable dude.)  Maybe the writers just didn’t have screen time available to deal with anything more than what we got, so I’ll give them the benefit of the doubt.

Despite my disappointment, I’m eager to see what happens next.

To be thrown upon one’s own resources, is to be cast into the very lap of fortune; for our faculties then undergo a development and display an energy of which they were previously unsusceptible.

— Benjamin Franklin
We use cookies to ensure that we give you the best experience on our website. If you continue to use this site, we will assume that you are happy with it.OkPrivacy Policy