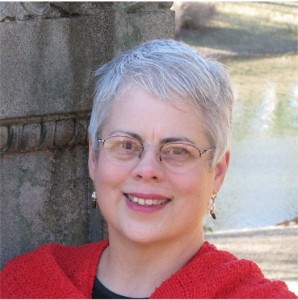 Meet Beverle Graves Myers. Beverle is a wonderful friend, who happens to be a relative on my husband’s side of the family, and she has been kind enough to serve as one of my writing mentors over the past few years. She has played the role of the story editor on Charlotte Collins, Caroline Bingley, and Absolute Liability (even though it was not her preferred subgenre). And she is the best! Beverle does not offer her services as an editor to the general public, so I feel very fortunate every time she agrees to read my work.

Beverle is a published author of five historical mystery novels in the Tito Amato Series, which is set in the operatic world of Venice. Her short stories have appeared in Alfred Hitchcock Mystery Magazine, Woman’s World, and numerous anthologies. She has earned nominations for the Macavity Award, Kentucky Literary Award, and Derringer Award. Now, you all know how much I love to focus on the least obvious characters as heroes, so it shouldn’t surprise you that my writing mentor’s hero is also unusual; he is a castrato soprano.

Here is a list of her Tito Amato books, which are published by Poisoned Pen Press, in order:

The Iron Tongue of Midnight

Everyone please check out Beverle’s books.

Beverle, thank you for all your hard work on Caroline Bingley. I really appreciate it!

One thought on “Opera, Venice, and Mystery”

Take yourself through the day as you would your most beloved mental-patient relative, with great humor and lots of small treats.

— Anne Lamott
We use cookies to ensure that we give you the best experience on our website. If you continue to use this site, we will assume that you are happy with it.OkPrivacy Policy