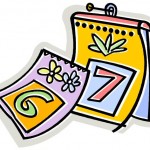 It has been six months since the release of Charlotte Collins: A Continuation of Jane Austen’s Pride and Prejudice, my first self-pubbed novel. If you happen to be new to this blog, please go here to read about my adventures. After six months, Charlotte Collins has sold more than 2,400 copies. And at this point, I have already “earned out my advance,” if I had gotten a standard first-time author advance.

Let’s break this down.

Sell-through, according to that bastion of accurate knowledge Wikipedia,  “refers to a percentage of units shipped which are actually sold. In the case of books, the rest is returned to the publisher…. Sell-through is always expressed as a percentage. Net sales essentially refers to the same thing, in absolute numbers.” So what I have here is actually net sales, but still, the point remains the same.

In the traditional publishing world, a book is published and bookstores purchase a certain number to put on their shelves for sale. After a certain period of time–and I’m talking a few months at most–they return the unsold books in order to make room for new books on the shelves. So if you happen to be in a niche market, you may never have time to find your audience before booksellers remove your offering from their stores.

Online book-selling has certainly changed this. When you sell online, you have infinite shelf-space. You can take time to build your readership slowly without the pressure of being forgotten after one month. But still, publishers are thinking in terms of physical bookstores, not in online sales. Certainly, these books have sold copies online since these sell-through numbers were caluclated. And in this changing market, the fact that they are still using sell-through figures to describe their sales is really saying something about the publisher’s mindset and emphasis on physical retailers.

You’ll note that Charlotte Collins has almost outsold all the books about minor characters in the list. Why? Is it a better book? I doubt it. There are some really well-respected authors in that list. Any number of factors could influence sales: covers, marketing, book descriptions, luck. But I have a theory that these books just never had the chance to find their audience before being removed from most major physical retailers.

Another tidbit to be drawn from this is that there is a large audience out there; 170,000 people have already shown interest in these types of books. It’s just a matter of finding them, and as a self-published author, you have all the time in the world to find your readers.

So, in the next six months, I’d love to see Charlotte Collins reach a total of 5,000 readers. Then, it’ll be on to the other 165,000 Austen sequel fans left out there.

6 thoughts on “Self-Pubbing: 6 Months In”

Reputations are just history in rumor form. You can change it.

— 12 Dates of Christmas
We use cookies to ensure that we give you the best experience on our website. If you continue to use this site, we will assume that you are happy with it.OkPrivacy Policy