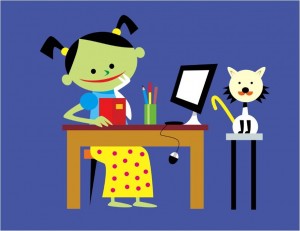 After working on a book for months or years, finding an agent and publisher or going indie, and then seeing the book to press, you’d think the hard part was over.

Wrong. You still have to face reviews. You want people to like your book; that’s why you put it out there for sale. What if book reviewers and online customers pan it?

That can be a scary prospect.

Really, there aren’t many careers in which people are faced so directly with critiques of their work from so many sources. It’s not like engineers have a web page devoted entirely to one of their designs: “The water line out on highway 21 gets water to my house pretty well, but if the engineer had used a 15-inch diameter pipe instead of a 14-inch diameter, it would have been a better design. And I really thought the installation crew should have worn yellow vests instead of orange. 3.5 stars.” Can you imagine?

Some writers claim never to read reviews; some writers will respond to every single one. I fall somewhere in between. I read them, and unless it is an email thanking people whom I solicited for a review, I do not respond to them. I figure that my part in the review process was writing the book. Once it’s out there, it’s out there, and it’s the reader’s turn to weigh in.

There are two different ways your work will be reviewed. The first is by book bloggers and reviewers whom you solicit or who buy your book and review it for you. These fine folks do this as a hobby, and it is worth it to send them free copies, just as if you were a traditional publisher sending ARC’s (advanced review copies). Book bloggers are to indie authors what the New York Times is to big-name authors. Even traditional houses solicit book bloggers. Their reviews are thorough and very professional, at least the ones who have reviewed Charlotte Collins have been. They include publication information, a summary, and a useful critique. They usually re-post their reviews on Goodreads, Amazon, and BN. I highly recommend all of my reviewers to anyone.

The second method of review is customer reviews. These are the ones that show up on Goodreads, Amazon, BN, and etc. from people who paid money to read what you wrote or who received it in a giveaway. These are reviews from your target audience, and they are just as important as the blog reviews. Because these people paid for you work, it’s good to read what they have to say, especially regarding format and grammar. They may not like your plot or characters or theme, but that’s the same chance everyone takes when they buy a book. But they deserve to have a quality product, even if they don’t like the contents.

Here’s a summary of what I’ve learned so far:

Incidentally, that last bullet point is why I have chosen not to review books here, especially Austen-related tomes. As a writer in this genre, I can’t say that I would be unbiased when coming to another sequel or anthology.

Also, would you even believe me? How do you know I’m not just saying nice things about a friend’s book? Or that I’m not saying negative things about a competitor? It’s a minefield I choose to avoid.

I’d rather just flat-out say, “This is my friend’s book. Would you like to read it?”

So how do you face reviews the fear-free way? I don’t really know. I’m still learning.

He made me love him without looking at me.

— Charlotte Bronte
We use cookies to ensure that we give you the best experience on our website. If you continue to use this site, we will assume that you are happy with it.OkPrivacy Policy